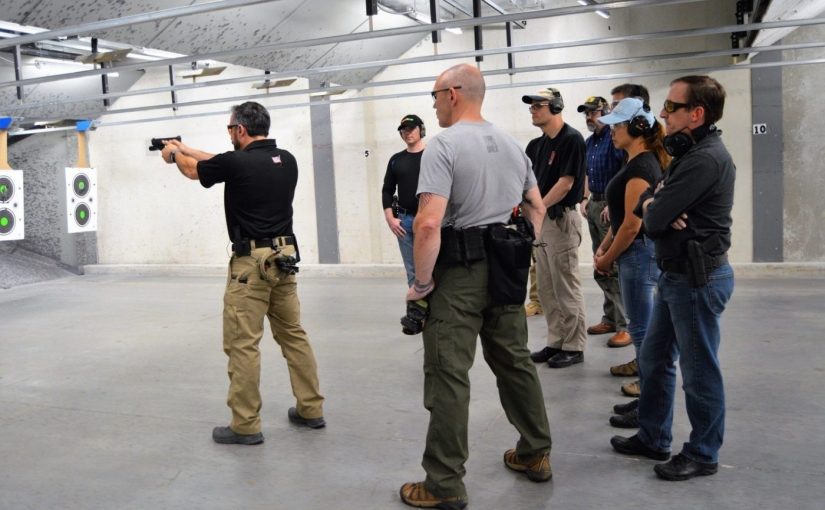 This is part two in a series of business posts about things I learned as I was taking a series of defensive shooting classes with a Navy Seal. So if this isn’t your cup of tea, feel free to skip these posts. If you missed part one, you can find it here.

When I started taking classes with Jeff Gonzales (the retired Navy Seal Team 4 BUDS instructor, CEO of Trident Concepts and head of training at the Range in Austin) I was very open minded to learning whatever he had to teach me. Unlike many people who I suspect come in just wanting to be cool, or get slightly better, I had a real purpose in mind. I mentally knew how bad I was and knew I needed real professional help. There was no ego at all here – I just wanted to get better.

“In your last encounter, did you win, or did the adversary lose?”

One of the things Jeff said that really hit home for me was posed as a question to the class, “In your last encounter, did you win or did the adversary lose?” In my case, I had to think through what had happened when the man jumped my fence in the middle of the night and tried to get in (which we covered last time – if you haven’t read it, please make sure you do). It wasn’t pretty.

I was so ashamedly under-prepared that there was no doubt in my mind which was which. I had basically lucked out. I was sleepy, without contacts, with only a piece of frosted glass protecting me from the man yelling at me from outside. My firearms were woefully incorrectly set up, my skills were just shy of non-existent and my understanding of what I should do in that kind of situation was bad-at best. What if he had had a firearm? Or even a hammer? Or what if it were more than one adversary? Honestly, I just lucked out. The situation turned out to be virtually nothing in the end, but it really woke me up about how under-prepared I was.

No, I wasn’t good, I was just slightly better than a CPA who was drunk/high and in the wrong yard. That is not much of a bar, to be honest. Clearly, I had a lot of work to do.

In a business context I feel like so often we just float through our day. We aren’t thinking about what the adversary is up to. We aren’t judging the landscape for indicators of shifting tides. We aren’t listening to details in everything our competitors say that might give us clues about the next step they’re about to make. We just react. When you’re only in reactionary mode, and you haven’t built a skill-set necessary to deal with the possibilities of incoming/existential danger, you are unlikely to succeed.

That said, occasionally you will succeed, even still. Said another way, sometimes you’ll luck out, like I did. My dad used to say, “I’d rather be lucky than good.” which is funny and often true. No matter how good you are if you don’t have some amount of luck, you’re still going to lose, however, you’re bound to be a lot more lucky if you are good.

I remember when I was in high school there was a friend of mine who got into a fight with another guy at school. We were all a bunch of nerds (I know, you’re completely shocked that I was a nerd, but it’s true) but somehow my friend ended up getting pissed at another one of the nerds on campus for reasons long lost to the sands of time. Both boys were definitely anything but what you might describe as athletic, or trained. The fight that they ended up having hurt me more than it hurt them, because I was laughing so hard.

The school yard fight began with a negotiation with the two of them both deciding to fight “fair” and take off their shoes first, and no punching to the face or groin. Also, no kicking… for some reason, since they had taken off their shoes. And only on the grass, not the asphalt nearby. I was dying… absolutely dying laughing. The fight consisted of a few dozen weak punches to each other’s chests before the other guy got exhausted and gave up. No blood lost, just one ego shattered and of course I split my sides laughing… seriously, I think I gave myself a cramp. Somehow my extremely un-athetic, and comically under-prepared friend had won. I had no illusions about his ability to handle himself in a fight, but I still treated him as a hero nonetheless.

Sometimes it’s a messy comedy of a fight and you’ll still end up winning. Does that mean you’re suddenly capable in a fight? No, it means you just fought someone even worse than you are. My friend had the luxury of picking his battle but you don’t always get that luxury. What happens when the next fight is harder and chosen for you?

Just because you won one deal, doesn’t mean your competitors are good and you’re better, it means that you were just better than they were in that moment in time. Maybe they had a bad showing. Maybe their marketing materials aren’t up to par yet. Maybe their sales guy got stuck in traffic and annoyed the buyer by being late. What if they weren’t really bad at all, but just had an off-day? Or what if they really were bad compared to you, but then they get better and you stay the same? If you stay stagnant, will that competitor continue to let you win deals, or do you need to up your game?

What about at the office?  Are you fighting for a new job, without learning any new skills? Are you the same while your co-worker is quietly taking classes at night?  Are you finding new ways to increase your capabilities? Are you meeting people at night and on the weekend who might be able to help you and your career?  Are you finding ways to excel, while others sit at home?

One of the pieces of advice I give to people just starting their career is to never assume anyone will give you anything, and if you want it you need to ask for it. Often times bosses simply assume everyone else has what they need. In that case the squeaky wheel definitely gets the grease. Even if they aren’t just lazy bosses, sometimes they have a misguided sense of protectionism and want to stop everyone else from advancing. More often than not advancement requires more than asking for it – sometimes it’s fighting for it. Sometimes you have to prove your metal. Sometimes it’s covering your ass and documenting every success meticulously. Sometimes you have to do what the other person vying for that job won’t do to win.

You need to learn more skills, you need to give more of yourself and you need to push against any perceived barriers you have for yourself. You do need to find those doors and push through them – asking for what you want and having the skills to back up the fight when you have to defend the reason why you should get what you want. You need to be better than the adversary, not just be lucky that they’re bad.