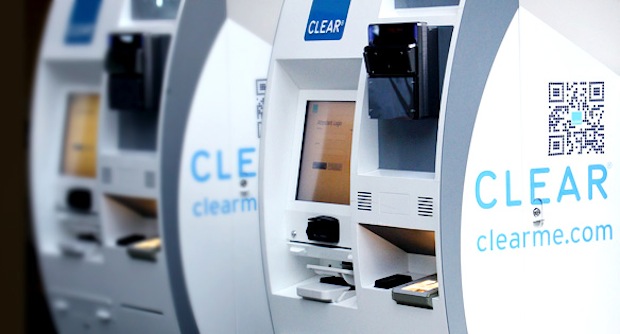 Last week I traveled to Munich on an annual pilgrimage to Oktoberfest. It’s for work, I promise, though I do manage to have a good time, don’t worry. But being that it’s international travel, I’m always wary of going through security with stuff of any kind. I try to limit what I bring to only what I can carry in my backpack for ease of navigating airports and increase physical security since there is less to be lost or stolen. But this time in particular was the fastest I’ve ever gone through security by leaps and bounds.

On the outbound flight from Austin, I had both Clear and Precheck. When I went up to the Clear agent, he walked me to the front of the line and I was able to bypass both the regular line which looked to be about 45 minutes long, and also the Precheck line too which was probably 5 minutes of time savings. I had a boarding pass in the United app on my phone so I cruised through with a single swipe of my phone. The other nice things about the United app are that it carries your Mileage Plus and United Club cards, your boarding card(s), flight status, you can book a flight and it gives you access to inflight entertainment – that’s a lot less you’ll have to carry. When I reached for things to remove from my bag, I realized I didn’t have to. Precheck allows you to keep your shoes on, your electronics in your bag etc. All you need to do is remove metal from your pockets. So I put my phone and my wallet in a tiny cup, walked through the metal detector and was through security from start to finish in under a minute, including my interaction with Clear. I hadn’t gone through security that fast since prior to 9/11. Being mobile only with this setup saved me around 45 minutes at least.

On the way back I went through the process of signing up for the Mobile Passport which is an app that the TSA uses to speed up passport control. It asks you the normal questions you have to ask when entering the country but in many ways it’s actually easier to read and enter since you only have to enter your passport information once – the very first time you use it. I was a bit wary of using it, given that it didn’t seem like it would actually speed anything up. Wow, was I wrong. Going through Newark I was able to bypass a line that was easily an hour long and walk up to a far shorter line. Once there, I simply had to swipe the phone, and zero questions were asked. I was through in less than 5 minutes in the passport control section. Then there was a secondary line where you drop the forms off. There was no going through that line quickly, but once there, I swiped the same app again on my phone and cruised right through. Then the last part is going through security once more. Once again I was able to quickly go through security because of the mobile boarding pass and carrying next to nothing. All in all, using my phone saved me at least an hour.

As far as I can tell this is probably the fastest you can get through airport security, with the possible exception of global entry, which I haven’t yet broken down to do, yet. If you’re a weary business traveler, this may be something you want to look into. Of course they’re not exactly privacy friendly options, but security never really is.