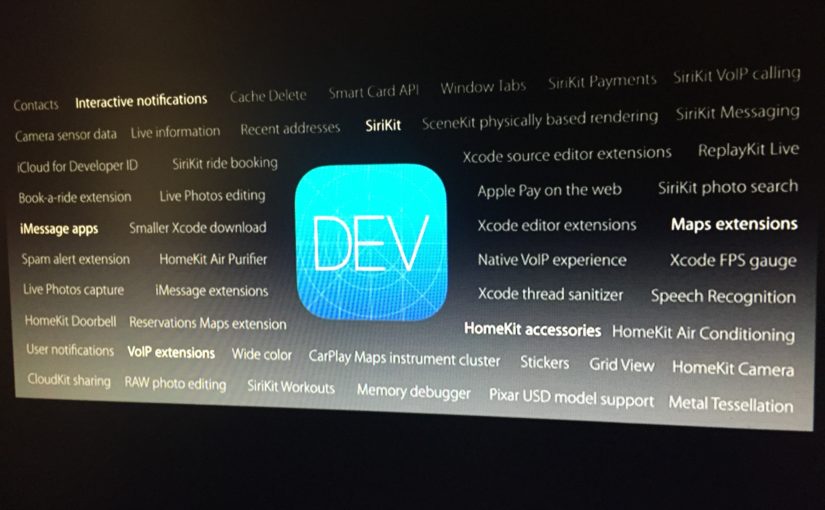 The WWDC16 developer conference was pretty interesting. Here’s a run down and a brief summary of each feature:

All in all it was interesting. Not much in the way of fixing many of the existing problems with many of the apps, notifications, or usability, but the new features are very nice.